Are conventional exams a thing of the past? 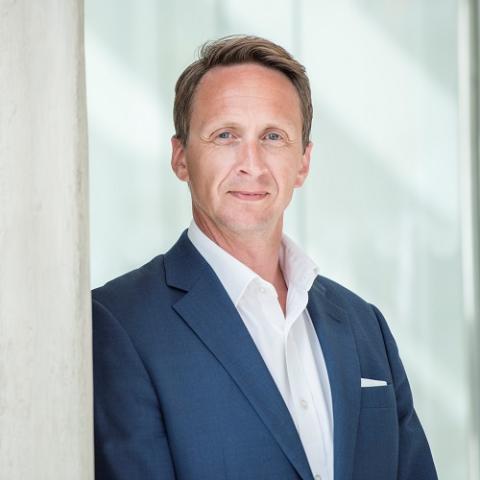 Most of us have had to cope with the pressure of sitting an exam… the lost sleep, the intensity of the 3-hour silence, with the ticking clock sweating out each minute … but most of all, we can relate to the overwhelming sense of standing on a precipice, the end of one world and the beginning of another, one which will be defined by a relatively small moment in our life.

It’s all so, well Byzantine.

Exams were invented in Ancient China in around 600 AD. Surrounded by incompetent advisors from elite families, Emperor Yang of Sui introduced an Imperial Examination System to recruit candidates for prestigious government positions, establishing a system of advancement based on merit rather than social status.

The Imperial Examination System in China was the inspiration for the British East India Company College set up by Charles Grant in 1853. Again, Grant’s intention was to overturn a system where inept staff were appointed to important positions by either patronage or purchase. In 1855, the civil service commission was founded to oversee the open recruitment of all government officials by a process of competitive written exams.

Then in 1858, English schools started to look for ways to assess their pupils' attainment, and so they approached the universities of Oxford and Cambridge to design standardised exams modelled on the experience of the overseas civil service.

These exams tested for memorisation and retrieval at a time when access to information was very difficult and very expensive, most of the population were unable to afford books and reading was a privileged skill available only to the upper-class elite. Books, information, learning, and assessment were concentrated in just a few physical spaces.

The 1870 Education Act introduced free, compulsory education for all children. As education developed on an industrial scale, the resources, delivery, and infrastructure of learning had to be standardised, and exams were mainstreamed to establish literacy rates across England and as the primary method for employers to assess intelligence and capabilities. Education became dominated by ‘memory cramming’, with curiosity or genuine mastery of a particular subject suppressed by the need to rehearse narrow criteria. This created an unbroken timeline of systemic assessment overseen by invigilators, running from 1870 – right up to the modern day.

Our dependency on the ‘blunt instrument’ of traditional exams as the most reliable indicator of someone’s intelligence and potential has been the subject of vigorous debate, so much so that the discourse often appears cyclical; but in 2020, the dominant logic tracing through centuries of academia was abruptly shattered.

In the grip of a global emergency, classrooms were closed overnight, and exam halls were suddenly considered vectors of a deadly virus and subsequently banned. According to the UNESCO Global Education Coalition, 58 out of 84 countries cancelled their summer exams in 2020.

This pause allowed for a moment of reflection to ripple across the sector. Not everyone performs well under conventional exam conditions, but there’s no correlation to exam performance and intelligence, or how someone might respond to stress in normal life. As the world has grown more information-rich, many critics of exams had already suggested that traditional tests encouraged only a superficial understanding of a subject and failed to reflect real-world contexts, but slamming the brakes on a convention as politically and emotionally charged as exams is no small task.

For years the debate over traditional exams had arrived at the same prosaic conclusion that they serve a purpose, rather than questioning whether they are fit for purpose.

For ABE, like many other international professional and awarding bodies, the speed of the pandemic presented an existential crisis. Since 1977, when ABE started running its professional exams in London, Hong Kong, and Singapore, traditional assessments have been at the core of our learner model. It’s a familiar model, a time-honoured social contract which has maintained public confidence in learning and assessment around the world… but is it the right model?

Question 3: Is necessity the mother of invention?

Faced with the prospect of no exams and with thousands of anxious students desperate to complete their years of study, often undertaken at significant personal cost, ABE mobilised around an urgent imperative with our mantra ‘No One Left Behind’.

Central to our response was to introduce open book exams, switching gears from the rote memorization model of assessment which hasn’t changed much since the 1850s, to a new approach which allowed students to write their assessment at home, with access to their own books and technology.

The open book method allowed students to demonstrate their critical reasoning skills in response to a complex scenario. Because the focus shifted from memorization to application, our questions moved up Bloom’s Taxonomy of Educational Objectives. We asked students to analyse, evaluate, and synthesize knowledge, rather than just remember it, and to apply it to challenging multi-step problems.

This approach forced our accredited colleges to change their delivery also, focusing more teaching time on students’ research and reasoning skills, and with independent thinking prioritised over exam preparation and ‘cramming’. Colleges concentrated on developing new learning strategies which placed greater focus on knowing how to use information, rather than the information itself.

At first, the adoption of open book exams was a struggle, after all it’s a challenge to subvert centuries of academic tradition in such a short space of time. Some audiences were sceptical about the integrity of open book exams and wary of the potential for collusion, even though ABE uses a rigorous double-down process of human moderation and AI plagiarism checks. Due to the care and skill of our Product and Academic team, pass rates remained stable to previous years and cheaters were easily caught out.

Some colleges were anxious that they could be ‘cut out’ of the learning landscape altogether, when in fact their role in guiding students through the process proved more important than ever. Then our marketing team noticed that attitudes from students and employers also began to shift.

We watched attentively for the reactions of our students on social media. Slowly but surely, students began telling each other that their thinking capabilities were expanding. They told us that the open book approach was more realistic, and aligned better with the demands of real working life.

Defenders of traditional exams argue that some degree of stress can be positive for young people, helping them to learn coping skills, organise their time, and develop resilience. But there are more effective and less harmful ways to encourage these aptitudes. With open book exams there is still a time limit and  students still felt the pressure to perform, but it was a different sort of pressure – they could walk away, gather their thoughts, calm down and return re-focused, much like dealing with a stressful event in normal working life.

According to the World Economic Forum the top future skills demanded by employers include analytical thinking, innovation, complex problem solving, analysis, creativity, technology use, reasoning, and ideation, all skills which can be more reliably explored with the open book approach.

For this reason, as our delivery partners around the world started to climb out of Covid, ABE made the decision to remain future-focused, and to stay with the open book format as our main assessment method.

We have supported hundreds of colleges around the world to successfully change their approach to the way ABE courses are delivered, acknowledging the context and technology available in real life, rather than placing young people in artificial learning situations. Now, Universities UK, the umbrella group for vice-chancellors, is also debating ‘plans to permanently change assessments’ which do ‘not have to happen in an exam hall’.

Have we fully answered the question?

Unlike during the Sui dynasty of China, or during the times of the British empire, today exams are just one part of a modern architecture of learning and assessment. We recognise that learning journeys are non-linear. Qualifications remain the major currency but students want more than the often demoralising grind towards a single diploma.

It's fair to say that we’ve been on a learning journey ourselves, and we’ve found that the combination of open-book exams and customisable learning pathways empower our students to develop a deeper understanding of concepts, rather than obsess over the retention of information.

In a climate where mental health charities have linked high levels of toxic stress with traditional exams, and where employers are complaining that highly qualified candidates lack skills in practical application, could it be that traditional exams have failed the test of time?